None of what you are about to read is intended as financial advice nor trading recommendations. Read the full disclaimer (https://resourcetalks.com/disclosure/) before continuing.

Steve Penny is a commercial airline pilot, father, husband and a newsletter writer. His newsletter gives an over-the-shoulder look into his personal mining portfolio, which is currently mainly focused on silver, uranium, platinum, and gold.

I am subscribed to Silver Chartist and I think it’s worth multiple times more than an avocado toast. If you decide to join this nine-dollar service through the link below, I will receive a commission which equals 50% of the sales. https://bit.ly/34rYMs5

– Uranium now represents about 20% of the market value of Steve’s mining portfolio. The rest is made up of silver, platinum, and gold. We talked about gold & silver in this video: https://youtu.be/7nLAmIuZBtQ

– Steve thinks it’s likely for uranium to go into triple-digit territory over the long run.

– Steve thinks uranium looks very attractive at this stage, based on his charts and improving fundamentals.

– Steve’s reason for dedicating only 20% to uranium isn’t based on the fundamentals of the market, it’s based on the level of his knowledge and understanding of each market. That’s why he’s heavily into silver. He knows that market better than he does uranium.

– As we approach $73/lbs uranium, Steve will take another portion of his uranium portfolio off the table.

Uranium makes up 70% of my portfolio, but only 20% of yours, am I making a mistake here?

I asked Steve why he thinks I might be wrong to have 70% of my mining portfolio exposed to uranium, and only 20% to silver, and 10% gold, whereas he has about 70% in silver, and the rest is spread between the other metals I mentioned.

According to Steve, one’s portfolio is something very personal. He is heavily into silver because he’s studied the silver market for the last decade, but he’s only recently gotten into uranium. The fact that uranium is not Steve’s primary expertise, is reflected in his portfolio.

Of course, it is also worth noting that Steve runs a newsletter service business called “Silver Chartist”. This means his daily job is to focus on, and analyse silver. It only makes sense for him to be going heavier on silver than he is on uranium, and that doesn’t mean he isn’t bullish on uranium going forward, quite the opposite.

Below, you can see a chart of the URNM ETF, which peaked just a few days before Steve decided to sell 20% of his uranium portfolio. The move was documented to the subscribers of his newsletter.

The main reason for this move was technical analysis. Steve is a very good technical analyst, in my opinion, as he has caught many comparable moves since I’ve started talking to him. Below, you can see Steve’s chart from November 6, with the explanation written on it.

It’s worth noting that Steve was talking about short-term Bullishness, and he got it right. Another tool he used to time the sale of 20% of his uranium portfolio was the RSI on the monthly chart of the URNM ETF, which was showing levels of above 70, which is indication for an extremely overbought instrument.

Why he thinks uranium is looking attractive now, in February, 2022

“Uranium is looking very attractive for those looking to add or start a position”.

Although Steve wasn’t interested in adding to his position back in November, now that we’re pulling back to, and in some uranium stocks even below, the 200DMA, uranium is starting to appear very attractive to him once again.

The thesis for uranium remains unchanged. If anything, it might be getting better. This means Steve remains bullish on uranium for the long-term, and he thinks we might even see triple-digit uranium prices in the next one to five years.

When will Steve start scaling out of uranium again?

When I first talked to Steve about a year ago, uranium wasn’t paid as much attention to. Silver was running hot in the summer of 2020, and that’s what people wanted to talk about, yet Steve was already positioning into uranium, with the plans of selling some, once the uranium price hits the $50-level.

However, that exiting strategy was based on the market fundamentals back then, and a lot has changed since. We’ve gotten more data to consider. It’s only natural for Steve’s exiting strategy to change, too.

One of the reasons why Steve’s exiting price target has gone up to $73/lbs, from $50/lbs, is inflation. Even the allegedly fake numbers reported by the US are in the high single digits, and some expect to see the CPI in the low double digits soon. This obviously pushes the costs of mining higher, and it, therefore, pushes the incentive price at which uranium producer would make money higher.

The reason why you might want to exit uranium, eventually, is because of the cyclicality of the industry. The cycles in natural resources happen based on supply-demand fundamentals. When prices are high, there are many companies looking to produce the metal and make money on it. This often ends in oversupply and substitution (where possible) and it crashes the price for a few years. When prices are low, there’s not many companies lined up to lose money from their business, and that results in less supply. If there’s less supply than demand, then that results in a supply deficit, which is bullish for the prices of the commodities. Basically, high prices result in more supply and more substitution, therefore less demand, and therefore, eventually, lower prices.

However, with something like uranium, we can’t afford to go on a supply deficit for too long because we simply need it to fuel our energy grid, as a large portion of the world’s energy supply comes from nuclear energy, which is made possible by uranium.

Bottom line: we need higher prices, to stimulate companies to mine the uranium, because we can’t live without it. The higher the inflation, the higher those prices go. The first price target ($50) that Steve had, is simply no longer feasible for most companies to produce uranium at, and therefore, he’s moved that price target, as he doesn’t expect to see that much new uranium supply come online at $50, that it would cover the demand.

From a technical perspective, $73 is Steve’s new price target to start scaling out of uranium. We will have to break the recent high of right above $50, Steve says. After that, over the next one to five years, Steve even expects uranium to go into the triple digit territory, so he’s definitely not looking to get out completely as he thinks the best is yet to come.

To add to that, I’ve added a chart below, where it becomes clear that big money and real investments have not yet started flowing into the sector, although the interest has increased somewhat.

The answer is, as you might expect, personal. It depends on one’s position sizing, Steve tells me.

If uranium was a smaller portion of his portfolio, he might be inclined to hold on to everything until it reaches that triple-digit target. “Swinging for the fences”, he calls it. But with uranium being about 20% of his mining portfolio, he would prefer to scale out, step by step, and leave potential money on the table, but secure some certain profits, that he plans on reinvesting in an income-generating portfolio of different assets among which dividend-paying equities. That’s not to say he won’t leave a small portion to “swing for the fences”, but it won’t be 20% anymore, Steve told me.

More on this topic

This was just a quick summary for myself, to summarise what Steve tried telling me on Monday. If you want to hear him give a more in-depth explanation on the things I wrote, you might want to consider watching the full interview I did with him over on this page.

Please read this, it really is important and for your own good:

Am I wrong? Is Steve wrong? Did we miss something? Great! We’re all here to learn. If you caught a mistake in this article, please start a conversation down below by correcting me and providing further literature for me and future readers to benefit from. Thanks! 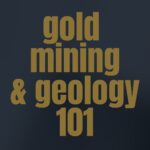