Since my last conversation with Rick Rule, we saw uranium stocks go through quite the correction. They didn’t quite crash but a good portion of the uranium stocks I follow wiped out, on some occasions, more than 20% of their market cap.

So, when I spoke with Rick in late December, I asked him whether he thinks uranium is still the contrarian investment and whether he’s buying uranium stocks right now, and he simply said “no, with one exception”.

“The uranium stocks, with one exception, aren’t cheap enough for me to be buying“, Rick told me.

That one exception he spoke about in this part of my conversation with him was National Atomic Company Kazatomprom Joint Stock Company, a.k.a “Kazatomprom”, listed in London under the ticker symbol $KAP.

Rick Rule thinks that junior uranium companies will start tapping the market for cash in early 2022, which he plans on giving them, if they provide him with “a juicy warrant” for each share he purchases.

Unfortunately, such luxury isn’t available to non-accredited investors like myself. So, Rick thinks my best risk-reward alternative is to go for Kazatomprom.

“To me, there’s Kazatomprom, and then there’s everybody else”, Rick said.

The main reasons why Rick Rule likes Kazatomprom so much are:

Rick says those things combined make it so that Kazatomprom has an “unbeatable cocktail of advantages”, relative to its Western counterparts, like Cameco.

Once again, he reminded me to build my portfolio around probabilities, and not possibilities. According to Rick, Kazatomprom has probability on its side.

Mr. Rule also mentioned he likes NexGen, but the fact that their project is so far from anything even remotely resembling infrastructure is a big turn-off for him. He also doesn’t like the +$1B valuation on NexGen.

Rick added that he’s “very, very, very long” Deep Yellow, ran by the ex-Paladin team, ahead of which is John Borshoff himself, who is a personal friend of Rick Rule.

As a uranium speculator, if one’s looking for 10X or better return, Rick says you need to spend some time going through the 70 (or so) uranium-related public companies, and be able to send at least 55 of them to “investment hell”.

“For most investors, not speculators, you could construct a uranium portfolio that would be 60% Kazatomprom, 20% Cameco, and 20% CGN (China General Nuclear), and that would be all you need. That portfolio would be very relevant to the uranium space, much lower risk, and much higher probability”, Rick said.

Will uranium make you rich?

Rick does think uranium can generate a “very, very, very attractive” rate of return, coupled with a high degree of probability. So, he doesn’t think uranium is a bad investment, but he does advise me to stay with both my feet on the ground and don’t trust guru’s who are screaming off the roof tops for $200/lbs uranium.

He told me that he thinks, dependent on Japanese restarts, that the uranium price will probably go into the low $70’s, which is the incentive price for uranium producers, in the next 2 to 3 years.

Rick thinks that an NYSE listing for the Sprott Physical Uranium Trust (SPUT) is highly likely, and he sees that as a positive catalyst to take the price even higher, for a short period of time.

Rick said that the price of uranium could go much higher if the incentives (the SPUT NYSE listing and the Japanese restarts) happen sooner, as this would result in a lot of sudden demand for uranium, which not many companies are incentivised to produce. Combined with the millions of pounds SPUT has already taken out of the market, that could make for a short-term & shortly-lasting *explosion* in the price of uranium.

Do keep in mind that, because of increasing inflation and increased regulatory pressure around the world, that incentive price might rise quickly in that 2-to-3-year period. This could mean the price of uranium has to go higher than $70/lbs to incentivise new production, if we assume the aforementioned challenges are a reality for those uranium producers.

All this, combined with the dropping share prices on uranium companies, sets us up for what Rick called a “spectacular” 2-to-3 year period. However, he does expect the price of uranium to stay flat and/or decline in the next couple of months, and I hope he’s right, because I’d love to add on the dips.

When it comes down to the returns on the uranium stocks that Rick is following, he expects the index of the “10 or 12 best juniors” that he has put together to double or triple in that same period. He doesn’t expect that index to provide the sort of returns that he witnessed during the last bull cycle.

Rick makes it make sense by saying that during the wildest ride of his career, which was with Paladin (ASX: PDN) in the 2007 uranium bull cycle, he bought the stock at about $1.5M in market capitalization. Now, however, he says the same type of companies are already trading above $100M in market cap. So, 10X’ing that would make them billion-dollar juniors, which Rick deems unlikely.

I am not a worthy competitor to Rick Rule. Three years ago, I didn’t know what a stock is. However, when I spoke to him I had to challenge his knowledge and understanding of the current bull market. Simply because this uranium bull cycle looks, fundamentally, very different than the previous one, at least to my inexperienced eyes.

Rick did not give me a clear answer here. Or at least, I didn’t get it.

I was reminded, though, that, in the last uranium bull market, Rick predicted the price of uranium could go from $8/lbs, to $40/lbs, but it actually went almost to $140/lbs.

I will leave this open and ask you, the reader: Do you think the fact that Rick Rule took part and profited massively from the previous uranium bull cycle, means understands the current one and knows how to profit from it to its full extent?

“The price of something that can and must go up, will go up”. – Rick Rule 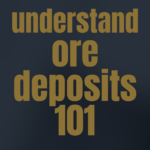 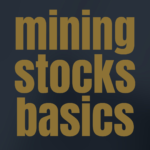