Who really creates our “money”? Are central banks the evil entities they are made out to be by “experts” which debase our currency? These are important questions and I’m happy you’re asking them. Unfortunately, most people who would deem themselves capable to answer them often have an alternative agenda like selling precious metals, running precious metals companies, or simply publishing fear-mongering content which gathers so many views it’s hard not to get corrupted by the ad revenue.

I have gathered some of the facts on how money really comes into existence and would like to present them in this mini-series.

Modern Money – Part I: Let There Be…

Take your pick, we’ve heard these phrases a lot over the past few years. As inflation hysteria reaches a fever pitch in mainstream financial media, I’m here to tell you that it is likely misguided.

Having a basic understanding of the mechanical origin of modern money may help inform some major macroeconomic trends. The money creation process can heavily impact commerce in both the real economy and in financial markets. It is my view that a general misunderstanding of money is pervasive among market participants, all too often eagerly looking to equally misguided market commentators, including even the uppermost echelons of so-called financial experts.

To start the conversation, I focus on the more immediate, utilitarian aspect of money: medium of exchange. The store of value concept will become clear after the genesis process is understood.

Imagine an economy where the supply of money is constrained structurally. In other words, there’s X amount to go around and that’s it; it’s just a static quantity. Furthermore, through whatever means, perhaps commercial success, some small group of economic participants might eventually accumulate much of the constrained money supply. This leaves the remaining would-be economic participants with little money to conduct commerce that they would otherwise engage in. They might have many goods and services to offer, but without an adequately available medium of exchange, their productivity remains effectively locked up. Barring some sort of barter scenario, their ability to conduct commerce would depend on driving the value of what little money was available up relative to goods and services – in other words, falling prices. However, there’s a lot of impedance to generally falling prices, which also comes with a host of consequences.

It’s not hard to see that if the availability of money is severely limited, this directly inhibits productivity. You want a job? Too bad ⇀nobody can hire at an acceptable wage if they don’t have enough money to pay you. You want to sell something? Also too bad ⇀you can’t pay for cost of revenue without having enough money. And nobody can buy from you without having enough money of their own. In this money-scarce system, everyone’s productive capacity sits idly by, effectively crippled by extreme money scarcity. Again, prices may fall in response, but as I’ll explain later, that is a very painful state of affairs; the system really “wants” expansion.

The converse scenario consideration is only true up to an extent. Imagine an economic system that is utterly awash with money ⇀ it is highly mobile and very well distributed among the economic participants. The money itself does not cause productivity, rather, it simply allows commerce to take place. Abundant money serves to remove inhibition; it is a productivity catalyst, not a fuel. In this well-monied system, imagine some tradesman who is financially quite well off to the extent that capital does not constrain their productivity at all. And let’s further say they’ve already got all the tools available to maximize their time value; there’s simply no tools/tech left to buy which will improve their output. Beyond that level, no amount of additional money will make them weld pipes or frame timbers or hang windows or wire receptacles any better or faster. While this system may indeed see significant inflation, the takeaway point here is that “easy” money hits a wall when it comes to productivity, but having inadequate money can slow down productivity.

If you ask someone who doesn’t know any better, where they suppose money comes from, they will in most cases point at some government entity. The Mint. The Treasury. The Federeal Reserve. And those responses make perfect intuitive sense, as we would naturally associate the ability to fabricate money with a supra-legal authority, such as the legal grounds to operate a currency mint, without which one may be imprisoned for counterfeiting. Furthermore, the reality is that, to the layperson, the origin of money doesn’t even cross their mind. Money is just some hard-to-define concept, which is to be accumulated through their competitive economic participation, and then saved, invested, or spent on their needs and wants. The answer actually does lie with banks, just not the so-called “central” ones.

In the surprisingly recent past, economist Richard Werner conducted experiments at European banks in an attempt to discover and demonstrate how money actually comes to exist. The experimental results were at first quite confusing since it is difficult to look at a bank’s balance sheet from two different moments in time and parse out exactly what happened from among many obfuscating transactions. For anyone interested in the experiment descriptions from Werner himself, see references 1 and 2.

I’ll spare most of the discussions on the competing theories Werner debunks. The dominant schools of thought were (and frustratingly still are) the Financial Intermediation Theory and the Fractional Reserve Theory. In financial intermediation, the idea is that depositors put money into a bank and then the bank lends it out to new borrowers. Nevermind the glaringly obvious question of where did that initial deposit come from. The fractional reserve theory is quite similar, but with the notion that when deposits are loaned to a borrower, the money ends up in another part of the banking system as the deposit belonging to whomever the borrower directed that money to, and so is able to be lent out again to yet another borrower (which increases the number of claims on the same money). If that’s confusing, you’re not alone, but don’t worry as it turns out both theories are completely incorrect.

The truth of what happens is as follows: a customer approaches a bank and applies for a loan. If the loan is approved and granted, money in the amount of the loan suddenly pops into existence. There are four accounting instances created when the loan is issued:

It’s interesting to note that, at the moment after the loan is issued, neither the bank nor the borrower end up with any more or less net assets (i.e. the change to each parties’ sum of assets minus liabilities remains zero). On the bank’s balance sheet, the negative number for the cash the bank lends is balanced by the loan value. And on the borrower’s “balance sheet” they have both a cash balance of newly borrowed funds, as well as a negative of the same amount as their outstanding debt balance.

Furthermore, note that at no point in this process was any central bank or government entity supplying money to the bank or borrower. While governments may be involved by imposing regulations on the process of issuing loans, they aren’t directly causing action for either counterparty. Through regulation, governments can prevent a loan from being issued, but cannot compel it.

A lost century in economics: Three theories of banking and the conclusive evidence

Can banks individually create money out of nothing? — The theories and the empirical evidence

Please read this, it really is important and for your own good: 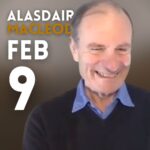 Who, How & When Will Collapse the Fiat System? Alasdair Macleod
Next Article Commodities Ready to Rocket Higher
Leave a comment