The US Department of Interior, has, once again under democrats, killed Antofagasta’s proposed copper & nickel mine in northern Minnesota by canceling two mineral leases for the company’s project.

Obviously, these are political games, that have their bases in politics, and not in reality.

The leases were cancelled by Obama, renewed by Trump, and are now being canceled by Biden. It’s a child’s game, and it’s annoying and potentially long-term hurtful for the US, but bullish for copper prices.

Unfortunately this news tells us more about the people controlling the US, than it does about copper and Antofagasta.

It’s also worth noting that Antofagasta was hoping to build an underground mine in Minnesota, as oppose to dig a huge hole in the ground.

Nonetheless, the political decision to ban mining in northern Minnesota seems to be more important for the US than reality. The reason behind the US continually shooting itself in the foot by destroying its access (and supply) to (and of) natural resource escapes my logic.

Although we all want flowers, and roses, and green-grass fields, with zero carbon emissions, our parents and grandparents didn’t think we’d like that, and went on with consumerism to its fullest, not thinking about the environment the way we like to believe we can now. What the US administration seems not to be able to understand, is that we can’t just ban every “dirty” activity and hope for the best. We need the natural resources to get to a point where we can afford to be “cleaner”.

Of course, the Biden administration likes us to believe that eventually they’ll just buy all the natural resources they need from some place else, essentially exporting “dirty” activities to the “lesser” countries, and the US can just have the clean electric factories that process those resources. This is nothing more but a utopian dream that will never come to fruition. Actually, it would be even worse for the US if this dream did come to fruition (which it won’t) because that way the US would go from one of the most powerful countries in the world, to one of the most dependent countries of the world.

While China and Russia are ramping up their production of different natural resources, they’re getting rid of debt, and are stacking gold, the US is doing quite the opposite. I haven’t been around long enough to know which part of the world is making better decisions for its future, but if I could have my guess, I’d say debt is not the way to go.

Further on the copper situation, it is expected that Antofagasta will try to fight this in court, but to what result is still unclear. However, this, in combination with previous news from around the globe about other potential copper projects being cancelled, can mean a long-term supply hit on copper – which is already at a very bad spot, due to over a decade of underinvestment in copper exploration and mine building.

Even though the inventive price for copper production is lower than the current market price, if there simply aren’t any mines around, and they’re not being allowed, the demand growth will keep outpacing the supply growth, which can result in a massive supply deficit over the next decade, which will result in massively higher copper prices.

Although the US isn’t a massive producer of copper, the other two countries that control over 40% of copper supply, Chile and Peru, also have their socio-environmental-political difficulties, which makes the expansion of copper production more challenging and more expensive.

For example, companies like Freeport, will now have to invest more money to figure out a way to produce more copper out the projects that are already licensed and operational. This will, over the next decade, push the costs of mining copper much higher than they are today, causing an even bigger reason for long-term bullishness on copper.

Just as a reminder of something everybody already knows, the demand for copper (and other “green” metals) will be climbing massively throughout the next decade, while the supply situation is in the mud … literally, while it should be under the ground.

These are the ramblings of an inexperienced, uneducated 26-year-old who didn’t know what copper was three years ago. Don’t take them too seriously.

Am I wrong? Great! I’m here to learn, and need it probably more badly than you do. If you caught a mistake in this article, please start a conversation down below by correcting me and providing further literature for me and future readers to benefit from. Thanks! 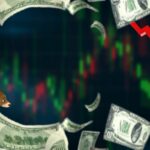