The current record holder for money spent on exploration in BC is 2012, when companies spent 680M CAD on exploration in Canada’s westernmost province, which defined by its Pacific coastline and mountain ranges.

Most of the money was spent on coal, copper and some gold. Notably, there was an increase in spending on nickel and REE exploration as well.

Although spending is clearly ramping up for some commodities, as I said on Twitter a few days ago, uranium is not even close to having seen the big money come in, nor has the M&A activity picked up as it usually does during strong bull cycles.

All of this suggests that the interest in commodity production is growing, but still far off from being fully grown. 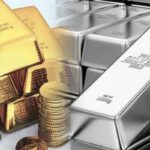 Should I Buy Silver or Wait for a Crash?
Next Article If You Own Chilean Companies, Watch Out
Leave a comment