Patrick Karim said on Twitter on Sunday, February 13: that his price target for gold over the next 8 years is $8,200/oz.

Saying “Expect 400% move up from here for gold”, Patrick posted this chart below:

Patrick mentioned in the comments of his Tweet, that this will either be a 1970s, or a 2000s move.

This could mean that Patrick expects either a very quick move in gold, like the one that happened during its second melt-up in 1977, or that it would take a while longer, like it did during its third melt-up in 2003.

Both ways, the question, according to Patrick, is not “if” this move will happen, it’s “how quick will this move happen”.

@badcharts1 is thus certain in his call because as you can see above, the move has already happened 3 times in history. While history doesn’t necessarily have to repeat itself, it does often rhyme.

Commentators gave Patrick a little pushback by saying that this time will be different, which are known as the four most dangerous words in the world of stock market investing and trading.

One commentator thinks this time really is different because there are many other investable assets. “This generation doesn’t care about gold”, the commentator said.

As a pushback to the pushback; the same thing was said about gold during all 3 of the previous melt-ups, according to Bob Moriarty, from 321gold.com. Bob has told me that every time, right before gold melts up, there are many more doubters and people hoping for something revolutionary to steal gold’s safe-haven status, but in the periods specified above, this hasn’t happened, and gold has made a lot of money for many people.

When asked about his best guess on the timeline of his prediction, Patrick said that this move will take a maximum of eight years, “maybe less”, he said in a comment.

There were many doubters in the comments of Patrick’s Tweet, so it will be interesting to see how this develops. Both ways, as I’ve pointed out in previous articles, I am extremely bullish on commodities, and wouldn’t be surprised if this move actually happened.

Please read this, and the full disclaimer over here, it really is important and for your own good: 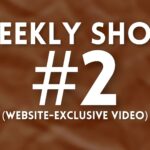 The Best Time For Commodities is NOW!
Leave a comment