Under the terms of the arrangement, shareholders of Corvus (other than the AGA Group) will receive C$4.10 in cash per Corvus Share.

I previously did an interview with Corvus’ CEO. If you want to know more about Corvus’ assets, and previous goals, watch the interview here: https://resourcetalks.com/gold/corvus-gold-kor-kor/

Anglo says this will add production to their bottom line, as soon as 2025. 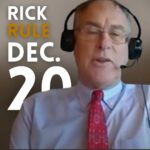 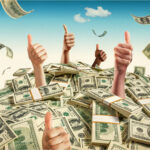 How Rick Rule Made & Lost His Money
Leave a comment