What’s coming in June, and beyond

“This won’t be a blood-in-the-streets market. Instead, it will be a suicide market”.

Those were words by Francis Hunt. He is a macro analyst and trader whom I had never heard of until last week. His podcast on Palisades Gold Radio was stunning. He changed my mind on the dollar in the near term and made me even more bullish on gold and silver.

Like myself, he doesn’t expect any melt-up coming. We both believe the top is in for the general markets. He is more bearish to the downside, but we both expect ugliness in the economy. It’s unlikely the economy will rebound after the damage done by COVID. Instead, we are going to get stagflation and muddling.

This will be good for commodities, including gold and silver. Like me, he expects gold to lead, and then silver to become a rocket ship. Hence, don’t worry about silver and instead keep your eye on gold.

We have entered into a commodity supercycle. Forget about deflation, except perhaps in a few assets, such as housing. Expect energy, food, and the metals to trend much higher, regardless of the coming recession.

The bad news for gold and silver is in the near term. The first reason why is dollar strength, which is simply creating too many headwinds. The second reason is that Wall St, the 1% crowd, hedge funds, and billionaires are simply not interested in gold at the moment. At least not enough of them to offset the bankster manipulation.

Gold is not likely to break out until the dollar drops. I don’t think we can expect that until the Fed pivots and lowers rates. My expectation is that Fed will raise the Fed Funds rate in June and July and then pause. During the pause, they will wait for inflation to trend down. Once it does (sometime in Q4), I expect them to pivot. It could be October, but my bet is December, since Powell tends to be conservative and not aggressive.

So, as the markets continue to move lower this summer, gold is likely to trade lower. My expectation is the HUI will follow the markets lower and bottom between 220 and 235. Gold will remain trapped, but instead of being trapped by a risk-off trade, it will be trapped by a strong dollar and a lack of sentiment.

While this sounds bearish for gold and silver this summer, it’s actually good news. The only thing that can stop gold from breaking out is a strong US economy or a manipulated economy that grows at 2% (real growth). Unless inflation goes away, it is going to be very difficult for the Fed to restart the economy. I’m expecting a protracted recession, or at the very least sluggish growth.

Gold has had excellent fundamentals all year. Amazingly, as we approach the end of Q2, they are actually improving. At least that’s my take. Inflation continues to rage and shows no signs of abating. Stagflation is just beginning. The Fed likely won’t lower rates until September at the earliest. By the time we get to September, the economy will be so weak that it will be impossible for the Fed to restart it without a huge injection of money.

At some point, the sentiment for gold will reach a breakout velocity, but when? Does it matter? All I know is that the wind is at gold’s back, and investors are going to figure this out. Again, the only thing that can prevent this is the economy coming back to life and inflation abating.

The Fed taking rates back to zero likely won’t do the trick. And if they do try to take rates back to zero, inflation is going to hurt the economy. It’s a Catch-22 situation for the Fed. Whatever they decide to do will likely hurt the economy. Indeed, they are trapped, and MMT will no longer work. Once the markets realize what is happening, gold will get a bid. Will that be in Q4 or Q1 2023? Again, does it matter? The point is to be ready for it.

I could be wrong, and inflation will begin to wane, and then a Fed pivot restarts the economy. But that seems like a long shot at this time. I’m expecting to see $2K+ gold late this year or early 2023. And for 2023 to be one of the best years ever for miners. That’s how I see it setting up.

COVID should be ending, and the economy should be coming back to life. Instead, inflation is raging, and the Fed is putting the brakes on the economy. They are targeting QT, with very little balance sheet expansion this summer. Washington has cut off the stimys, and it’s an election year, which generally means very little activity in Washington. What does this all mean? IMO, a recession.

In last month’s newsletter, I said May would be ugly with everything down except oil. That was a good hunch. May indeed was ugly, although stocks bounced a bit at month end. I think June will also be ugly. This current dead cat bounce on Wall St might go a bit higher, but more selling is coming.

When does the reality of the situation, which is an economy that is badly damaged and dependent on MMT, seep into Wall St’s mindset? When do they run out of hopium pills? As of today, Wall St can’t wait for the Fed to pivot and everything to go back to normal. But it’s not going to happen. This is a transition into a new era, whereby US global dominance comes to an end.

To repeat, we are entering a period of stagflation and muddling. This will be our lost decade, but unlike Japan, we will be forced to change in more dramatic ways. At least, that’s my expectation.

Let’s look at two important charts. The first one is the weekly dollar index (see next page). From mid-2014 to early 2015, it exploded from 80 to 100. The question is why was it at 80, and what pushed it to 100? My take is that it was at 80 because the world wasn’t sure if the US economy would come back to life. And once confidence was gained that the economy was fine, it took off.

So, we have had four uptrends since the dollar was at 80. My hunch is that the same dynamics that pushed the dollar down to 80 in 2014 are at work today. Which is fear and uncertainty if the US economy can grow, and all of the ramifications if it can’t.

Once the Fed pivots and lowers rates (likely in 2022), I think the dollar will begin its next correction channel. The last two corrections ended at 88 and 89. This time, I don’t think those levels will hold. I think we are going all the way back to 80, and then lower.

It is going to be interesting to see where the dollar (DXY) ends the year. Will it remain above 95 all year? I doubt it. Will 92 hold? Perhaps, but 2023 is probably the year it gets really ugly for the dollar. If 88/89 is retested, that likely won’t be a fun time for the banksters.

We can see where MMT began in 2008, and interest rates were pushed down from 4-5% to a range between 1.5% and 3% from 2010 until today. If you look at the moving average lines, you can see that this current breakout is not likely to last.

My guess is that rates are topping out here this summer (somewhere between 3.2% and 3.5%), and the Fed pivot will push the 10-Year back to around 2%, perhaps pushing it all the way down to the bottom of the channel. The question is can they hold it there? Can this channel hold?

I think the channel will hold in 2023, but it will be interesting. And you will need some popcorn for 2024 because if the fireworks don’t begin in 2023, they likely will in 2024. Why do I say that? Because the US Govt cannot handle a 10-Year rate at 3.5% or higher. Everything brakes. Will it break in 2023? I don’t expect it. But 2024 seems ripe for problems. The key is going to be if the economy comes out of the nearing recession (can it be avoided?).

How much money printing will be required to keep the US economy from coming to a halt? A lot is my expectation. Many are expecting a stock market melt-up. I’m expecting a money printing melt-up and the piper showing up in 2024. So, the digital printing press will run full speed until sometime in 2024. That’s my prediction. Of course, I would not be shocked if happens sooner.

Many of you are thinking, come on Don, they don’t have to turn off their digital printing press. You are right, they don’t have to, but they will choose to. Why? Because it will be like pushing a string. The printed dollars will no longer provide any benefit. They will have to try something different. My expectation is they will partially default on all US Govt bonds, paying borrowers perhaps 50% of what is owed. They will also likely issue a new currency. Perhaps this is when US digital money is released. Whatever happens, it is going to be traumatic. That’s my best guess.

You can find more of my market commentary, my newsletter, and a very useful database for gold & silver speculators at ww.GoldStockData.com. Consider following me on Twitter for daily commentary.

Thank you for reading, and don’t hesitate to correct me in the comments if you think I’m wrong.

Don Durrett is not an investment advisor. Don Durrett has a high risk appetite. Don Durrett might own, buy, and/or sell shares of companies discussed herein without prior notice. Resource Talks is not responsible for the quality nor accuracy of information provided herein. Resource Talks is not receiving financial compensation from GoGold Resources for the publication of this article nor discussing this company. Don Durret is receiving financial compensation from Resource Talks for the production of this article. The information provided in this publication – and all other publications by Resource Talks – is impersonal in nature and meant for general information purposes only. Before taking any action on any investment, it is imperative that you consult with multiple licensed, experienced, and qualified investment advisors. Get numerous opinions before taking your own decision in the end. The minimum risk on any investment mentioned in this publication is 100% loss of capital.

Shortly: you will lose all of your money if you listen to people on the internet.

Readers are cautioned that this opinion (blog post) contains forward-looking statements about expected future events and the financial and operating performance of the company/investment discussed herein. Reality often varies from management/writer’s expectations. Readers are encouraged to read the Cautionary Note on Forward-Looking Information and to consult the Company’s Annual Information Form, which is available on www.sedar.com. Read the full disclaimer before continuing. 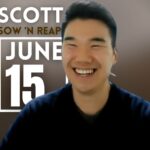 Scott on Uranium and How He Diversified His Portfolio
33 Comments