Simply said, royalties, also called net smelter return (NSRs), provide the royalty holder a percentage of the mine’s revenue from production (typically around 1-3%). Streams provide the right to purchase a certain percent (typically 5-20%) of metal production directly from the mine. – According to Visual Capitalist.

However, Metalla Royalty’s business model is unique in that they don’t buy the royalty directly from the mining company. They acquire it from people who already own the royalty. This gives them access to some assets that would otherwise be unreachable for a small company.

In this call, I talked to Brett Heath, the CEO & founder of Metalla Royalty. I asked for a sit-down with Brett because I very much like Metalla Royalty but I still had a few questions, regarding the dividend and the cash flow position of the company.

So, among other things, in this interview Brett Heath and I talked about the future of Metalla Royalty, and their plans to give back to shareholders.

I asked him whether Metalla Royalty plans on giving back only through a dividend or also through other techniques. It is true that Metalla Royalty is up over 1,700% in the last 5 years, but for shareholders who’re planning to hold Metalla Royalty for the long term, that doesn’t mean much, since you have to sell the stock and thus lower your ownership in the company in order to make money. That’s why a dividend is important for companies like Metalla Royalty.

As cliché as it may sound: you haven’t made any money until you sell. Rick Rule once told me: “If a stock goes up by 500% and you don’t sell, you haven’t become wealthier. You have become more exposed.”

Brett Heath answered that Metalla Royalty just isn’t there yet, and won’t pay a dividend soon. Apparently Metalla does plan on paying up to 50% of its operating cash flow to dividends once the board feels comfortable enough with the growth of the business to make that happen.

Further on, I talked to Brett about Metalla’s portfolio. The company now has a royalty on 5 producing assets, 26 development assets, and 37 exploration assets, for a total of 68 assets. This is interesting to me because most exploration assets don’t go into production. So, that always held me back and looked like a big risk to me.

However, Brett did explain that Metalla Royalty holds the royalty on those exploration assets from large and already developed companies. Now, the statistics of major companies bringing and exploration project to a good end look totally different than they do when we’re talking about junior exploration companies.

Rick Rule did worn me in our last call to be careful for the “Johny-Come-Late” royalty companies, that have been created in the last 12 months. So, watch out for those, they might have been created just to take shareholders’ money and fun lavish lifestyles.

I had a nice call with Brett Heath and am thankful to have had the opportunity to learn from Metalla’s CEO directly.

By consuming any of my content you confirm to have read and understood the disclaimer at the beginning of the video. If you don’t understand it or can’t afford to agree with it, you are obligated to stop consuming my content. 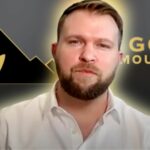 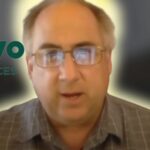