Collin Kettell told me that he doesn’t get involved in companies unless he sees potential for those companies to hit $1B (one billion dollars) valuation. Those are big words, especially considering that one of his current ventures is now valued at $120M.

In this interview, I talked to Collin Kettell about Nevada King and his plans to grow the company from $120M to $1B.

Basically, the way I see it, this is an alternative gold stock. It’s a bet on gold going higher that is not directly related to production, development or even exploration. I see Nevada King as a play on the gold-related real estate market in Nevada, which is often referred to as “the Silver State” despite being the 4th largest producer of gold in the world, according to Collin. Collin told me that Nevada King is the 4th largest land holder in Nevada. So, the way I see it, when gold goes above $2000 and stays there, many companies will want to buy new gold exploration properties.

One of the best places to buy gold exploration properties is in stable and known (to investors) mining jurisdictions, like Nevada. Now, when that happens, that could mean that gold majors might be looking for some stable projects to add to their names. I think that’s the moment where Nevada King could benefit from the gold market the most.

The company has +7,000 claims in Nevada on the “Battle Mountain” gold belt in Nevada. So, they should benefit from exactly that type of situation. I think the probability of gold majors and even new companies (who want to raise capital) looking for land to explore in Nevada is rather large. Not because it’s the best place in the world to build a mine, nor it’s the lowest cost, but because it sits well on an investor presentation.

A gold mining company makes money through the sales of gold, but that’s become boring to short attention span investors and they want some excitement. So, whenever you have a proven project in a very known (to investors) mining jurisdiction, that could definitely help the case of the company, make the story stonier and help it raise capital more aggressively. I’m not in support of companies doing that, but who cares what I do or think? A lot of people in the gold space make their money NOT by selling gold or defining a good project that will drive value, they earn their money through capital raises. “They take money from orphans and widows” as Rick Rule would say.

So, like it or not, those companies always pop up right after the mid point of a gold bull cycle (historical data) and I don’t expect it to be different this time. If anything, I’m expecting a lot more of these companies to pop to market this time around because social media promotion is easy, cheap and mostly unregulated. So, I’m expecting those companies + the majors eventually to be looking for a story-telling asset that they can add to their portfolio, and Nevada King stands to benefit from that trend.

I might’ve misunderstood the company, but to me this is not a gold exploration company, although they will try to define a resource, they will drill out some of their projects so that they can sell them at a later point. To me, this is a gold real estate company.

Can it go from $120M to $1B if gold price goes above $2000? Honestly, I don’t know. However, if we do see the price going up without drill results, that’s really only the price that’s going up and not the value, imo.

Nevada King has paid me to have Collin over. I know, I’m evil and a jerk. By continuing, you agree to have read and understood the disclaimer at the beginning of the video. 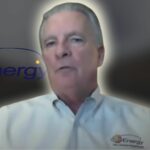 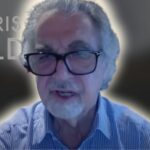