Western Alaska is a paying customer of Resource Talks.

Although the news moved their stock up ≈10%, this company still trades at a market cap of ≈$50.

With these intercepts, the company now has precious metal and polymetallic base metal potential.

I expect 2022 to be a news-filled year, which is why I’ve taken Western Alaska on as a customer of Resource Talks; to be able to report on the company’s developments, albeit good, bad or ugly. Though my bet is for the former.

To be able to better understand the significance of this news release, please read the news from:

The results from Waterpump Creek can be summarised as follows:

High-grade sulfide mineralization encountered in WPC21-09 and the historical Anaconda and NovaGold drilling is open down dip and to the north and south. Additional drilling is highly anticipated in 2022.

Honker is one of the more interesting properties of this company.

It is an intermediate sulfidation vein swarm that lies 10 km away from the Illinois Creek pit.

Surface chip sampling shows high grades (+15 g/t gold) over 800 to 900m of strike length. They’re not blindly collecting data on Honker. There were historical drill tests done by Anaconda in the 1980s, which suggested an opportunity to develop a high-grade gold resource.

WAM drilled 6 shallow holes totalling 636.3 meters in an initial test of the vein system at Honker.

The drill results showed the top part of a high-level intermediate sulfidation vein system with grade improving to the north and down dip. Here’s what they mean:

As mentioned above, the strike length is up to 900m, out of which only 1/3rd has been tested, to a depth of 75m. The further North and the further down they go, the more the thickness and the grade grows.

Again, all of this comes from having drilled only 1/3rd of the project. More drilling will come. Hopefully soon.

Illinois Creek South was not as successful as planned. It didn’t hit oxide ore grade intervals.

They drilled two holes, totaling roughly 150m, and cut broad zones of anomalous mineralization. Both drill holes encountered gossan at roughly 100 meters depth at or near the contact between quartzite and dolomitic quartzite. These gossan intervals, respectively 4.5 and 10.5 meters in width, are highly anomalous in Au, Ag, As, Sb, W, and Zn and could represent the farthest west expression of the East IC manto.

There is, however, a large untested target on this property. More exploration here could be warranted, as historical gravity data show a deep underlying low which could present a potential porphyry target driving the system. Planned 2022 CSAMT geophysics will help to target this exciting new anomaly.

Ongoing analysis of the often-confusing stratigraphic relationships in the Illinois Creek district has resulted in a complete re-interpretation of the district geology. The analysis included the extensive 2021 multi-element soil geochemistry survey, compilation, and further interpretation of historical aeromagnetic, gravity, EM and IP geophysical surveys and finally, re-logging of limited available core from the 2005-2006 NovaGold drill program along the Waterpump Creek/Last Hurrah trend.

Figure 2 is a preliminary geologic map of the Illinois Creek property and shows the development of major manto-form mineralization in part proxied by Pb soil values at or adjacent to three major syn-mineral structures, the Illinois Creek fault, the Waterpump Creek fault, and the 32E fault, and their intersection with a series of major thrust surfaces shown in blue on the map.

Significant potential for staked mantos exist along the entire 6-km strike length of the Waterpump Creek fault as well as under stratigraphic traps in and adjacent to the Illinois Creek and 32E faults. Figure 3 is a schematic cross-section of these evolving targets. In addition, recent extensive soil sampling and district-wide metal zonation patterns shown in Figure 2 suggests that the likely porphyry source driving the entire fluid system lies south and west of the Illinois Creek central pit.

As a result of the bonanza sulfide grades encountered at Waterpump Creek and the ongoing re-interpretation of the district geology, WAM has made a strategic shift focusing on the sulfide CRD potential now apparent on the Illinois Creek property versus the existing oxide Au/Ag resources. Exploration in the 2022 season is currently planning for two rigs drilling from mid-May through early Sept and expandable based on success thru mid-October. A minimum 6000+ meters is anticipated with 2/3 focused on immediate step-outs at Waterpump Creek to gauge the overall footprint of the bonanza mineralization.

The remaining drilling will focus on the Waterpump Ck/Last Hurrah/Illinois Creek CRD trend testing targets outlined in Figure 3 and 4 as discussed above. An extensive CSAMT/AMT survey by Zonge Inc. is planned in May/June to help with this exploration targeting.

Snow removal from the runway is currently planned to begin at the end of the first week of April. Two C-130 Hercules flights are scheduled in mid to late April before breakup to mobilize drill and camp expansion materials. Line cutting will be initiated in early May for the geophysical survey and drilling is expected to begin in mid May.

Logging and sampling were completed at WAM’s core handling facilities located at the Illinois Creek mine camp in Alaska. Drill core was logged under an established procedure using Geospark commercial logging software, then diamond sawn on site. Half drill-core samples were securely transported to SGS Canada Inc. sample prep facilities in Whitehorse Yukon via air transport to Fairbanks, Alaska from Illinois creek and then commercial trucking to Whitehorse under a strict chain of custody protocol. Sample pulps were sent to SGS’s labs in Burnaby, Canada, for analysis. Gold content was determined by fire assay of a 30-gram charge with ICP finish. Silver, lead, copper, and zinc along with other elements were analyzed by ICP methods utilizing a four-acid digestion. Over-limit samples for silver, lead, copper, and zinc were determined by ore-grade analyses. SGS Canada Inc. is independent of Western Alaska Minerals and its affiliates.

SGS also performed its own internal QA/QC procedures to assure the accuracy and integrity of results. Parameters for SGS’ internal and WAM’ external blind quality control samples were acceptable for the samples analyzed. WAM is unaware of any drilling, sampling, recovery, or other factors that could materially affect the accuracy or reliability of the data referred to herein.

WAM recently began trading as a Tier 1 company listed on the TSX-V and maintains corporate offices in Alaska and Arizona. WAM has reassembled and fully controls all claims in the historic Illinois Creek Mining district located in western Alaska near the Yukon River, covering 49,280 acres (77 square miles). This significant district was originally discovered by Anaconda Minerals Co. in the early 1980’s. Since 2010, WAM and its private precursory company Western Alaska Copper & Gold Inc. (WAC&G) has been engaged in exploring and advancing its interests in the Illinois Creek mining district and now controls a diversified portfolio of five deposits that contain gold, silver, copper, lead, and zinc. 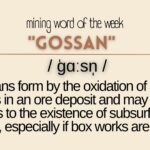