The main reason why the 1% will start buying gold soon is fear. It always has and it always will be. Let me explain.

What happened to gold in April?

Gold closed 2% lower in the month April, 2022. However, the fundamental wind is still in gold’s sails, and the banksters remain in a losing position. They may be winning the weekly – or sometimes monthly – battles, but the war, I expect, will be turning our way.

Where is gold headed?

I’ve been saying all year that Q1 and Q2 are in gold’s favor, and the banksters have to survive this period. I was hoping gold to break out in Q2, but it doesn’t look like it will happen in May. Could it happen in June? That’s possible, but the probability is not on our side given the recent price action.

In an effort to fight inflation, the Fed is expected to raise rates in May, June, and July. Those rate hikes could take the Fed Funds rate to around 2%, or possibly higher. I expect these three rate hikes, in combination with high inflation and a lethargic economy (a recession might have already started), to benefit gold. With this backdrop, it’s hard to imagine gold going below $1,800 anytime soon. Will it go above $2,000, though?

Technically, they could. So, the question is can gold break out in the near term with all of this positive momentum? Or, will the banksters continue to keep it in check? We will probably have to wait until June to know that answer, but I expect them to lose the war before year end.

What we do know is that the two factors the Fed will need to revive the economy are lower inflation and stronger GDP growth. It appears that inflation likely will be the key driver for gold because it will hamper economic growth and create recessionary pressure.

What will happen to gold in May?

May is setting up to be an awful month for everything, except commodities.

The dollar might remain stable, but I think it is topping here at 103, and won’t be trying to go much higher. It might go a bit higher, but I expect a correction rather soon. The main reason why the dollar (as measured by the DXY) has been screaming higher, is because both Japan and the ECB refuse to raise rates. The Yen and the Euro have both been in freefall. With the Euro having a lot of weight in the DXY index, the dollar appears as rising, but in reality it’s just the least awful currency. To peraphrase Winston Churchil’s famous saying; “the dollar is the worst currency, besides all the others”.

Food and energy are big problems globally and raise uncertainty, which can be seen as positive for gold, although you won’t see me cheering that on. Riots are scary. We’re already seeing riots in less-developed countries, but make no mistake; higher food prices can cause riots in Europe & the US as well. Remember that the Arab Spring food riots in 2007-2008 were caused by high food prices, in what used to be a well-developed country at the time. This summer is going to be unstable as food and energy prices rise. Fear often pushes people into real assets – like gold.

Gold & the war in Ukraine

Now let’s talk about the black swan, which was the invasion of Ukraine. Gold was going to benefit greatly this year from high inflation and a slowing economy, but Ukraine is the dagger to the bankster’s plans. It is increasing inflationary pressure on food and other commodities and, more importantly, disrupting the global financial system and petrodollar.

Russia just took control of the gold price by linking its currency to commodities. They won’t back the rouble with gold in a way that we know, but they will indirectly link it to gold and oil in some way. I don’t have details as of yet, but my guess would be that they will do this using two methods.

First, they will buy gold at a set price in roubles. They already started doing this, and the rouble exploded in value (see chart below). Second, they will sell oil at a set price, specifically – and only – in roubles. Basically putting a floor under the value of their currency. They will indirectly say “this is what the rouble is worth”. It’s a brilliant strategy and undermines the dollar, which, I suspect, is their goal to win the war against the US.

Mr Dollar, your days are numbered.

It’s clear; the Russians are putting pressure on the dollar. So far, this has not had an impact, – other than the rouble increasing in value – but I expect the dollar to begin losing value soon. Let’s not forget that when the US chose to saction the Russian Central Bank and freeze their foreign reserves, we shot ourselves in both feet. Acting as proof of our government’s stupidity, this had the effect of imperiling the dollar as a foreign reserve. Countries that are considered “US enemies” are now less likely to hold foreign reserves and may move towards a system that is comparable to that of Russia. Moreover, countries that could be potential “US enemies”, such as China and Saudi Arabia, are now less likely to buy US bonds, and more likely to increase their holdings of the rouble and gold. They are also more likely to sell what bonds they currently own.

If China begins to sell its US bonds, what does Japan do? Combined, those two hold more than $1 trillion in US bonds. Will Japan decide to hold and be left holding the bag? Will Japan continue buying our bonds? I don’t know, but Russell Clark & Antonio discussed what’s going on with Japan in this video. One thing I do know, however, is that the Fed can’t monetize (purchase) 100% of the US government’s annual budget deficit. They need foreigners to help out, or else the dollar will collapse.

What am I watching?

Indeed, the Ukraine invasion was a huge black swan for gold. I’ve been expecting the US era of global dominance to end in my lifetime. We have been living off debt and exporting inflation (from money printing) since the 1980s. This can’t last much longer. I believe that a transition into a new era has begun. Wall St thinks that this current correction in the stock market is just a normal business cycle, and growth will return soon. I think they are wearing rose-colored glasses and taking hopium pills. My take is that bad things are coming to the US economy, and gold will benefit.

I’m still ignoring the economic reports, such as employment, PMIs, income growth, etc., because COVID is still masking the data. Many workers are still working from home, and business has not returned to normal. Perhaps in Q3, the reports will begin to have relevance. Until then, the only numbers that seem to matter are inflation and GDP.

I suppose the stock market is also important to follow, since we need a bottom before we will know that the coast is clear for gold to take off. Until we reach a bottom, the banksters can use selloffs to beat down gold and silver. The S&P 500 is down 13% from its ATH and is going lower. I expect it to bottom somewhere around 20%, perhaps a bit lower. So, I’m watching that closely as well.

I think the S&P 500 topped at 4818, and we won’t get back there this year, and perhaps not next year as well. I also think a recession is coming. I wrote about that last month and mentioned that we had three recessions from 1970 to 1980, which is the last time we had high inflation. Avoiding a recession seems unlikely with rising rates, but I suppose anything is possible.

Is a recession really coming?

If we do have a recession, I think it will cause more damage than is expected. Firstly, we will experience mass layoffs. Can America handle that during a period of high inflation? The economy never did recover from the GFC (great financial crisis) of 2008, and required massive stimulation and artificial low interest rates to look as if it did. Where would the economy be today without the Fed?

From 2016 to 2020, we added $7.8 trillion to the national debt (stimulus) when the economy was growing. I don’t suspect much of that money was invested productively. I don’t suspect much of that money to cause future economic growth. If a recession hits, how much stimulus will be needed to generate growth or at least make it look like growth for a brief second? Not a small number, I reckon. A scary thought.

Why will the 1% start buying gold soon?

Wall Street is in denial of what is coming. They refuse to buy gold. Another group that refuses to buy gold is the top 1%. At what point do these two groups begin to sell stocks, bonds, and dollars and buy gold? At what point does the fear trade kick in? I don’t know when, but I do know that the question is “when will they start buying?” and not “will they start buying?”.

It is significant that gold did really well after the last two recessions in 2001 and 2008. I expect a replay.

For those of you who are concerned about silver; don’t be. Silver will come around. They can’t suppress it forever. Gold is the big dog. Yes, silver has to confirm gold for the PM bull market to resume, but silver is just hanging back, waiting for gold to give the go signal. For 2022, though, my focus continues to be on gold. From my perspective; $1900 gold (hanging tough) is much more important than $22 silver (languishing).

The fundamental drivers for gold are much more important for gold than silver. Once gold breaks out, silver will come running. She always does, and she always outperforms.

May will be ugly for everything, and gold is not likely to break out. But as the economy drifts into a recession this summer, a fear trade should emerge pushing gold and silver to finally breakout after this long 20+ month correction.

You can find more of my market comentary, my newsletter, and a very useful data base for gold & silver speculators at ww.GoldStockData.com.

Thank you for reading, and don’t hesitate to correct me if you think I’m wrong.

Don Durrett is not an investment advisor. The information provided in this publication – and all other publications by Resource Talks – is impersonal in nature and meant for general information purposes only. Before taking any action on any investment, it is imperative that you consult with multiple licensed, experienced, and qualified investment advisors. Get numerous opinions before taking your own decision in the end. The minimum risk on any investment mentioned in this publication is 100% loss of capital.

Shortly: you can lose all of your money if you listen to people on the internet.

Readers are cautioned that this presentation contains forward-looking statements about expected future events and the financial and operating performance of the company/investment discussed herein. Reality often varies from management/writer’s expectations. Readers are encouraged to read the Cautionary Note on Forward-Looking Information and to consult the Company’s Annual Information Form, which is available on www.sedar.com.. Read the full disclaimer before continuing. 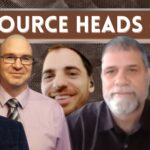 Is Uranium Done Crashing or Will The FED Crash Everything Altogether?
Next Article 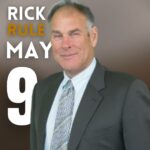 Rick Rule on Uranium & Platinum Stocks in 2022
Leave a comment