Ukraine has limited the amount of cash people can withdraw each day to just over $3,000 US.

Digital currencies and transactions have been blocked.

The Ukrainian stock market has been closed and will remain closed until further notice.

This is an example on why it wouldn’t hurt to have a golden ring, a golden neckless or at least a little bit of physical gold in your possession, in one way or another.

Cash? Sure, but what if hyperinflation hits? You’d need a barrel of cash to buy a loaf of bread.

Collectibles can have the same effect, but gold is in demand by many more people than say Magic: the Gathering cards, although I love those, and thus fore it’s more liquid and easier to turn into bread, or shelter.

My mother lived through the late 1996, with one one-year-old child, and one ten-year-old child, while Bulgaria was in the midst of a banking crisis and entering a period of hyperinflation. The very little money she had saved in the bank turned worthless pretty much overnight, same happened to her cash.

The worst part? She wasn’t allowed to withdraw the very little money from her bank account all at once, even though it would’ve bought little more than a loaf of bread and a litre of milk.

To buy us bread and milk, my mother would sell her gold earrings first, then her golden necklaces, and finally, when there was not much left to sell, as we come from a relatively poor family, my mom and dad had to sell their wedding rings to a pawn shop, in the hopes that they’ll be able to buy them back soon. They never did, but me and my brother got to eat, and we had a roof above our heads. Literally because of the very little gold my parents had in their possession at the time. The money in the bank didn’t help. The cash didn’t help. The real assets did.

How will you pay somebody in Bitcoin if the government stops you in one way or another (as they apparently can), or worse, your access to internet and electricity has been cut off because there is a war going on?

That problem doesn’t exist with gold. 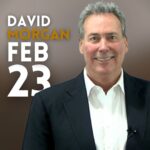 David Morgan on Russia, Gold, the FED, and How to Invest During a Great Reset
Next Article 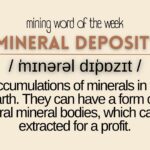 “Mineral Deposit” – Word of the Week #8
Leave a comment