In the face of the FED raising interest rates by 75 basis points and dropping forward guidance, the US entering into a recession after negative Q2 growth, new home sales (as well as pending home sales) taking a massive haircut, more jobless claims than predicted, higher-than-expected inflation in the EU, no Q2 GDP growth in Germany, higher-than-expected PCE in the US, weaker-than-expected economic activity in China, and other grim economic data; the stock market and commodities closed the week heavily in the green.

How are commodities and stocks up in the face of all that bad economic data? Lobo Tiggre says it might be hopium, copium, or another type of -pium, but the market sentiment is strengthening, which has made him a buyer as he is no longer concerned that a stock market crash might be coming over the short term.

What are experts saying about commodities?

What happened in commodities this week?

Commodities had a great week, despite the economy being a dumpster fire, to put it mildly.

What moved commodities this week?

Gold started the week off with three flat days, until gapping open on Thursday and closing the day 3% higher, in the face of the FED raising interest rates by 75 basis points.

The sentiment in gold stocks, as measured by the BPGDM index, is now flattening, though still at the extremely low levels of around 10, on the weekly chart. This tells me that while sentiment has maybe started turning, there is a long, long way to go before as many people are bullish on gold as we’re normally used to.

Did gold run because the market realized that real interest rates are still negative and the FED wouldn’t be able to catch up to them? Could be. It also could have been lifted by an improved overall investment sentiment across all asset classes. It’s anybody’s guess really. The DXY did close the week lower, so the fact that gold ran as much is not surprising, given that its a monetary metal.

However, it is interesting that silver ran as much as it did. This makes Lobo think that silver is running on the back of its industrial applications. Maybe it’s because the market now trusts the FED to get inflation under control without crashing the economy (soft landing). That is weird given that we’ve now had two consecutive quarter of negative GDP growth which is defined in economics books as a “recession”.

In any way, given that the federal interest rates are now at 2.50%, the FED only needs to go through either two double rate hikes, or four normal rate hikes to get it to their desired 3.50%. Tiggre told me that the market participants see that as “dovish” and are not afraid of stocks anymore. However, let’s not forget that the stock market is not the economy. If, later in September, the Q3 numbers come in even worse than the Q1 & Q2 numbers, in combination with bad labour data over the summer, that would mean the FED has failed their soft landing, even if the stock market is up by then. This could end up dragging stocks – including gold & silver stocks – lower, towards the end quarter of the year.

Of course, many things “could” happen in between now and the next FED day, which is why Lobo believes the market is running on hopium as opposed to fundamentals.

That notwithstanding, Tiggre told me that he thinks the fact that the market ran on bad news means that the hopium is strong enough for a sustained rally and that the intermediate term bottom is in, which is why he will be a buyer of gold & silver stocks next week.

If you want to know what Lobo is buying, check his track record and consider buying his newsletter. I have been a subscriber for a while now and have already benefited from his research.

Where will all the copper come from? That the question that bugs me when I think about the 2030s decade.

In this week’s Resource Heads, I took the liberty of going over an interesting article that talked about two interesting charts that show why the future is all about mining, and especially copper, of which we’re not finding enough.

I added a third chart to that and talked about why – regardless of what the FED might do over the intermediate term – I am becoming more and more confident in the copper thesis. Caveat is that I can afford to sit on losses for years.

Here are the charts I talked about:

None of these charts say that copper has to run in the short, or intermediate term, though. Copper could very well feel the pain of a end-of-the-year crash. So, for the people who are good at timing and have manparts of steel; I wish you good luck in timining this, I will just keep holding my two copper explorecos but I will not yet be adding.

Lobo Tiggre is not yet buying copper stocks, he told me.

The day after FED day was obviously a pump day for pretty much everything out there besides the dollar.

However, it is interesting that the URNM uranium sector ETF had its best day on Wednesday, when Cameco had its Q2 earnings call in which they confirmed the bull market is coming to a portfolio near you any day now.

What I think would be a very interesting situation is if the uranium spot price ran much higher in Q3 and the equities followed. This could give the uranium sector the strenght it needs to decouple from broad-market equities, if a crash in Q4 matterializes.

Chapman and I talked about the current situation in this week’s show, and he even told me which stocks he likes. He likes companies that are close to production and will be making money off this bull market. He mentioned; Cameco, Boss, Global Atomic, Bannerman, URG, and a few others.

We are talking our book, though, as we own shares of the companies mentioned above, so don’t listen to us.

Lobo told me that uranium stocks are now at the top of his shopping list. If you want to see which stocks he’s buying, consider his newsletter and research service.

Economic Calendar for Next Week

Below, you will find an overview of economic news and data expected next week. I only watch the ones that I deem important for my gold-silver-copper-uranium-focused portfolio. Did I miss something? Please do let me know.

Next week is mostly about PMI numbers across the globe and US jobs. It’s also an important week for the UK. After next week, we’ll have a better picture of the state of the British economy.

If you’re Canadian, take a break. It’s a long weekend. Canadian markets will be closed on Monday.

A contraction in job openings could mean there is less work and thus indicative of a crumbling economy.

Although there is no contraction expected in the either of the PMIs, if Monday shows a contraction in manufacturing PMI and Wednseday confirms that contraction by a fall in service PMI, that could be indicative of a crumbling economy. 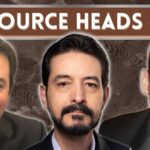 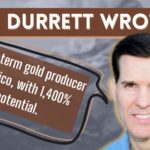