The week started off quietly, until the FED came out with yet another jumbo – 0.75% – rate hike and killed off the hopium-driven rally from last week.

Meanwhile, most commodities had a rather good week with coal and uranium being the worst-performing energy commodities.

What is this week’s show about?

What to watch next week?

Next week is all about the mid-term elections in the US, in combination with CPI data from the US as well as China, and a few speeches by FED officials.

It’s going to be a volatile week.

The information provided in this publication – and all other publications by Resource Talks – is impersonal in nature and meant for general information purposes only. It is also worth what you paid for it. If you’re not paying for the product, you are the product. Expect seeing advertisements – which will be verbally disclosed – in this video. Before taking any action on any investment, it is imperative that you consult with multiple licensed, experienced, and qualified investment advisors. Get numerous opinions before taking your own decision in the end. The minimum risk on any investment mentioned in this publication is 100% loss of capital. 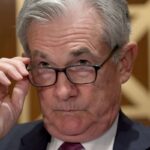 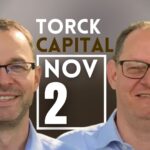