Belgium’s nuclear reactor “Doel 2”, which is the smallest one in Belgium (approx half of its big brother Doel 4), automatically shut down on Thursday morning due to an operational issue.

It seems that one of the control rods has fallen from the top of the reactor due to a short circuit of sorts. Control rods are essential to nuclear power generation as they control the power output of a nuclear reactor. By absorbing neutrons, a control rod prevents the neutrons from causing further fissions.

The plant’s operator said there is absolutely no danger of radiation, and that the technical issues will be resolved quickly.

Tihange 3, Belgium’s larger nuclear reactor on the other end of the country, also shut down this week due to an operational issue and will be in repair until mid-October. It is not clear for how long Doel 2 will be in shutdown.

Belgium’s nuclear capacity has gone from 5 GW, to now 3.5 GW after the shutdown of Doel 2 & Tihange 3. 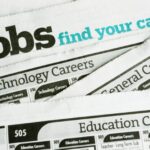 Gold, Silver, US Stocks All Flat in Anticipation of Jobs Data
Leave a comment