Core Assets is a paying customer of this website. This news release is for Canadians only. 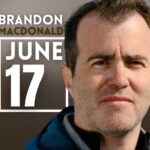