She says she’s not worried about recession as EU businesses are projected to grow a lot this year.

Even though the EU is going through a massive energy crisis right now, Lagarde says she’ll keep an eye on the possibility for recession but she’s not doing anything right now.

As a European, I sincerely hope she manages the soft landing that she’s promising to achieve through “gradual rate hikes” and a “less asset purchasing”, but that’s not been achieved too many times before so chances are against us.

Interesting though that the German (the biggest economy in Europe) CPI numbers are growing at close to 8%, and the PPI rose by a record 33.6% in May. This is thanks to energy prices in Germany, which are up 87.1% YoY (May 2022). This is on the back of German GDP growth expected at around 3%. 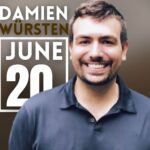