In a few words, it’s a boring premarket today. Pretty much everything is flat.

In other news, Former Federal Reserve chairman Ben Bernanke was awarded the Nobel Prize in Economics, along with economists Douglas Diamond and Philip Dybvig, for their research on bank runs and measures to prevent them. The trio will have to evenly split $886K, roughly $295K per person.

Zaporizhzhia Nuclear Power Plant has been disconnected from the external power source once again this weekend. It has not yet been reconnected. Vladimir Putin said that the Ukrainian forces are responsible for the attacks on the plant. IAEA Rafael Grossi said he’ll head over to Ukraine as soon as possible to negotiate a nuclear safety zone around Europe’s largest nuclear power plant, Zaporizhzhia.

Happy holidays to whoever feels the need to extend the weekend! 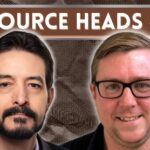