“From record lows at the start of winter, storage levels have now re-enter[ed] their five-year range, albeit on the lower side, and are on track to be in a more comfortable position by the end of March,” Kateryna Filippenko, principal analyst, Europe gas research, at WoodMac, said.

“It is our current assessment that the EU can get through this winter safely. At the moment, gas flows from East to West continue, LNG deliveries to the EU have increased significantly, and the weather forecast is favourable. The use of gas from storage has slowed down and we are still around 30% of storage capacity filled,” European Energy Commissioner Kadri Simson said on Monday.

If this whole thing has taught us something, then that’s that Western Europe has no idea what it’s doing with its energy sector, and giving “environmentalist” exactly what they want so they don’t throw tantrums at their doorsteps, is a bad decision.

I would be very surprised if Germany doesn’t change course on nuclear, as it previously pledged to close down it’s remaining nuclear reactors this year.

For Europe, managing without Russian gas “will require improvisation and entrepreneurial spirit,” analysts at Bruegel say.

I tend to disagree. I think it will only require common sense and listening to science, instead of feelings. 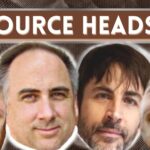 Rick Rule is Buying Russian Stocks, Deflation is Coming, Silver is Entering a 7-year Bull Market, and Geologists Like Going on Walks
Leave a comment