After 50 years of producing uranium, the Cominak mine is currently being dismantled because of depleted uranium reserves.

According to Cominak, during the dismantling, a portion of the mine has collapsed and caused the death of two, and injured two others.

The cause was not clear.

All activities at the mine have been suspended.

We don’t have more information at the moment. 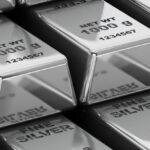 Will Silver Close Higher in 2022?
Next Article Argentina the New Mining Heaven for Investors?
Leave a comment