McGuinness said nuclear power and gas were necessary as transitional technologies – “and as such they will be clearly labelled” – on the way to a “cleaner, better future”.

Despite objections from the wokest countries in Europe, the Financial Markets Commissioner Mairead McGuinness said on Wednesday, that Europe will keep nuclear power, and gas, as a key player in the push for a future with less CO2 emissions. 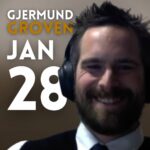 This Money Manager is 80% in Uranium, Why?
Leave a comment