During an interview with Mining Stock Education, fund manager Warren Irwin said that, as a uranium investor since 2016, he’s “definitely selling” into every spike of uranium.

No Shortage of Uranium, Warren says

He says that the main reason for saying that is because he believes “there is no shortage of uranium”.

… I’m a believer that there is plenty of uranium out there. At $75/lb U308, you could get a lot of production. There’s supply, in time, that is hitting this market.”

Uranium producer Cameco, however, would disagree with Mr. Irwin, as the behemoth recently said that, accounting for inflation, $90/lbs is the new incentive price for production.

Warren also mentioned that “there is a lot of uranium in seawater”. He’s not wrong. Though at $75/lbs, no seawater extraction of uranium is happening.

Researchers recently found that seawater extraction of uranium is well into the triple digits, if not even quadruple digits.

Warren said that an insider friend of his has told him the secondary supply of uranium is much higher than what people use in their estimates. 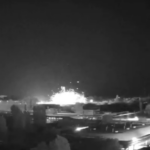