The top 50 biggest (by market cap) mining companies in the world added close to $90B to their total market cap in 2021.

This is good news for the mining sector as it means it still has the ability to attract some investment capital, but it also beautifully showcases the disconnect between the stock market and reality, especially when you compare it to the $2.9T market capitalization of Apple (NYSE: AAPL).

The total value of the top 50 biggest mining companies ended 2021 under $1.4 trillion!

Does this make any sense? Would you say Apple is a more valuable business than the top 50 biggest mining companies on the planet?

Well, there’s something I like going back to (maybe a fallacy but it helps me put things into perspective). I like asking three questions:

#Q1: What effect would the disappearance of the mining sector have on Apple?
#A1: I think most of Apple’s tech is dependent on what these companies take out of the ground. So, I’d say it would make Apple’s business nearly impossible.

#Q2: What effect would the disappearance of Apple have on the mining sector as a whole?
#A2: Probably some of Apple’s raw material suppliers will be influenced by it, to a certain extent, but most of these companies would go on with business like usual, selling their raw materials to somebody else.

#Q3: What effect would the permanent disappearance of Apple have on my life?
#A4: I use a MacBook Air (an Apple product) because it was the cheapest offer (had a 30% discount) I could find when I bought it, for the things I use it for, and it comes with free video editing software. So, eh, maybe I’d find it a little uncomfortable switching to a Windows computer for like a week, but after that it would be smooth sailing and I would’ve forgotten about Apple completely, as I already switched away from their extremely overpriced smart phones.

#Q4: What effect would the permanent disappearance of the top 50 mining companies have on my life?
#Q4: I’m pretty sure it’s not only me, I think most of our lives would be impossible after a few weeks of existence without natural resource producers.

Mining.com’s “Bullish investors add $90bn to top 50 biggest mining companies” piece can give you an idea of how much money went into the biggest mining stocks in 2021.

Apple’s Market capitalization was about $2T in December 2020, which means that more money went into Apple than it did into the top 50 biggest mining companies, among which behemoths like BHP, Rio Tinto & Glencore, combined.

Here’s another way I look at it:

If I had $90B of liquid wealth to invest, would I diversify it between 50 of the most-important companies on the planet, or would I pile it all into Apple? 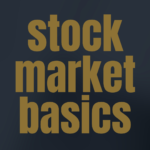