“I am not for anyone, I am against war as a whole”.

Bob Moriarty, a war veteran who fought in the Vietnam war, probably understands the situation much better than any of us do.

As a reference, Bob holds the record as the youngest naval aviator in the Vietnam war, at age 20. He achieved the rank of captain in the Marines at age 22, and did 824 combat missions before leaving the army, to fly through the Eiffel Tower, in 1984.

If you know Moriarty, then you also know he’s very opinionated and not afraid to open his mouth on matters he understands. Some of his last opinions reminded me that we really don’t know enough about what’s going on in Ukraine to pick a side.

The only thing we do know is that wars are often pointless. Historically, picking a side against war as a whole, has been the better decision. Picking sides in this fight still means you support war and violence in some way. History shows you will likely be wrong, even if it feels as if you’re right now.

Picking sides in any fight without having enough information on the matter is just plain stupid. That’s what I would normally do. I am a very emotionally-driven person. I am unintelligent by nature and have to put in a lot of effort not to lean in to my emotions created by the gruesome pictures and videos coming through the propaganda box into my brain. I like stories and am quickly sold on the story of “The Big Bad Man Attacks the Little Poor Country”. That story works on me and I have to put in a lot of extra effort not to be caught by the stories who are not aimed at distributing facts but are aimed at my emotions.

“My number one rule is not to consume anything that aims at my emotions and compassion”.

As a social media participator these days, you cannot say that you pick the side against war as a whole. You have to pick a violent side. You have to allow yourself to be segregated. You are either with us or against us. That’s how social media feels these days and that worries me.

Bob Moriarty once told me, in a private discussion, that if I want to find out who controls a given situation, I should find out who I am not allowed to criticise. They control the situation.

When I started asking question like “Why did Russia do this?”, people claimed I have an “alternative agenda” and that I am pro-Russian. Simply because I find it weird that evil mr. Putin just woke up one day and decided to destroy a nation for no reason what-so-ever, just because he’s a crazy dictator. That sounds very weird in my inexperienced ears, even though I am not pro-Russian. Am I allowed to say that?

Mark Baum, while in Jewish school, was studying the holy texts as hard as he could, because he suspected it was just a story, and wanted to find inconsistencies. He nearly got kicked out of school for exercising critical thinking. We now face the danger of being kicked out of social media popularity, for questioning the intentions of both parties, and not blindly siding with just one party.

When you start questions both sides, you’re all of a sudden a bad guy. How does that make sense? I’m seriously asking.

Both ways, let’s just all hope this nonsense is over very soon. There are rumours about talks happening on Wednesday evening in Belarus, between Ukraine and Russia. Let’s hope they go better than last time. Nobody should die because of this nonsense.

This was a lot of rambling, and hopefully nobody is wasting their time reading it.

Have a listen to a man who’s much smarter, educated and experienced that I will ever be. 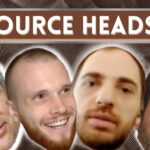