Eric Sprott is a Canadian self-made billionaire who used – quite literally – the junior mining space to get that title.

His most recent bet is with NewFound Gold Corp. He took – almost literally – 9% of NFG’s shares off the hands of Novo Resources earlier this month. That move increased his holding of NFG to over 31% – more than NFG’s CEO Collin Kettell, who holds just under 30%. 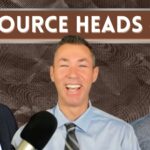