In this resource talk from February 18, I talked to Jim Pelchat. Jim is a 56-year-old electrical engineer, who has 20+ years of experience in nuclear engineering, and 6 + years in solar & wind projects.

We talked about many topics, but mainly uranium.

Some of the questions that got answered in this conversation were:

– How is this uranium cycle different than the 2007 uranium bull cycle?
– When will the utilities sign long-term contracts for the delivery of uranium?
– What’s the future of nuclear energy in the US?
– Which uranium stocks will benefit the most from the current political environment?
– What does Jim think about Western Uranium & Vanadium corp, and Global Atomic?

Jim Pelchat told me some very interesting facts about uranium and the uranium contracting cycle that I didn’t know before.

Jim and I talked about the previous cycle in uranium and how it compares to the current one, and he told me about some dynamics of the uranium market that weren’t in place during the 2007 uranium bull cycle.

Jim believes that utilities are already very worried about the availability of uranium in the spot market because of how much of the spot market has already been cleared up in 2022.

Having worked in the nuclear industry for over two decades, Jim told me that utilities are definitely having those discussions right now, and that they’re most likely worried about where they would secure their uranium supply from, as there are not many companies willing to sell uranium at $40/lbs right now, when they will likely be able to sell it for over $100/lbs in the near future, the 56 year old electrical engineer told me.

Jim thinks 2022 will be the best year for uranium, and uranium investors.

None of what you hear nor read on this website is intended to be financial advice. Do your own research. We may own shares in the companies mentioned in this video, which makes us biased. Don’t listen to us. Don’t let this impact your thinking. You’re better than listening to talking heads on a random website. Before continuing with this video, you must read and understand the full disclosure here: https://resourcetalks.com/disclosure/ 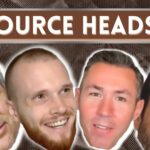 Uranium Crashes, Platinum is Cheap, Gold is Breaking Out, and Mineral Deposits Matter
Leave a comment