Silver closed double digits in the red in 2021, despite the fact that we had record demand for silver, and the supply has continued decreasing due to the lack of investments in exploration during the past decade.

How does that make sense?

Honestly, I have no idea. Chris Marcus from “Arcadia Economics” seems to have a better understanding of how and why this is happening, and he attributes that to the manipulation of the silver price, by using what he calls “paper” silver – silver ounces that only exist on paper and of which there cannot be taken physical delivery. Visit his YouTube channel for more information on that.

If you prefer the video version of this article, click on this link, and watch it on YouTube.

On January 14, I asked David Stein, CEO & founder of Kuya Silver (one of the paying advertisers of this website), what his 2022 silver outlook is and this is what he told me that his best guess is that silver will close higher in 2022, than it did in 2021.

It will all depend on the external catalysts, though. What we see on the horizon is very, very bullish, David told me.

If you account for all the money printing, which translates into inflation, which (because of historically low interest rates) results into a deeply negative real interest rate, add to that the supply-demand dynamics of silver (where we don’t (and haven’t for a while) have (had) any growth in production, but we do have growth in demand), and you have a recipe for a perfect storm in silver.

David thinks that, in order for the bull run in gold and silver to resume (remember, this is a secular bull market, it will have dips), we’ll need to see the US dollar start weakening. This might not happen right away, he says. We might even see a stronger dollar, before we see higher silver prices. This is because what often happens when the general market starts turning from bullish to bearish, is a flight for the US dollar. This comes from all the selling of different assets. Selling US equities, for example, is simply a transaction where the supply of US equities increases, altogether with the demand for the US dollar, because investors basically exchange stocks for dollars.

If the supply of US dollars is slower than the demand for it (which it often is during a stock market crash), then that should, mathematically, result in a higher US dollar.

David thinks this will be short-lived, as he expects the panic to push people into precious metals. In that case, you’d have an increased supply of the US dollar (from all the buying of safe-heaven assets), and an increased demand for gold and silver (examples of safe-heaven assets). He also tells me that silver often outperforms gold in such scenarios, and he expects silver to outperform gold during this bull market, too.

As for the timeline of all of this, David doesn’t expect it all to play out in 2022, but he does expect this to be the year, it all starts moving in that direction.

Kuya’s CEO tells me that, in his opinion, the scenario described above will play out during the next four to five years, as the bull market matures.

As you can see from Mark Twain’s quote above, this bull cycle might not play out exactly like it has in the past, but David expects us to see some similarities to previous bull markets.

For example, this silver bull market could be like the one from the 1970’s. During that time, there was high inflation and low real interest rates, but that didn’t result in gold and silver taking off immediately. There was a period of several years where gold and silver traded sideways, but then took off all of a sudden into a massive bull cycle. See the chart below.

Alternatively, David thinks this bull market could be like the 2008 bull market in precious metals, where the price stayed flat (and very low) for a long period of time, after the 70’s bull cycle, and the credit crisis kicked off a new period of panic, which has the silver price crashing, but then massively outperforming other asset classes. See the chart below.

A “black swan” event (like another debt crisis), might have silver rhyming very well with that bull market.

Should you be buying or selling?

David thinks that both situations above are possible scenarios for the coming bull cycle in silver, and alternatively this could play out in a different way still, but he doesn’t doubt that there will be a bull market soon.

This may mean that the current situation, where silver is down double digits for the year, might be a good buying opportunity. A lot of good companies are on sale right now.

“If you’re a long-term investor, you should be buying shares of high-quality silver companies”, David said.

What do institutions (smart money) pay the most attention to?

David was a mining analyst for about a decade, including during the 2008 silver bull market. So, I had to ask him what analysts who work for big institution, aka “smart money”, look at when it comes down to silver, and when do they pull the trigger.

“What needs to happen for smart money to start buying silver?”, I asked.

He also told me that most institutions don’t treat silver separately from gold. Most of the times, it’s looking into whether it’s a good idea to start buying precious metals, as a whole. The more risk-averse institutions would overweight gold, and the ones looking for more aggressive returns, would overweight silver, he told me.

What could go wrong?

What David said made me think a little, and that’s never good but, what if we see an increase in interest rates, in combination disinflation, with pockets of deflation? Believe it or not, there is a pretty compelling case of that.

However, even if it were to happen, there’s two ways to look at it:

#1: Positive real interest rates are bad for non-yielding assets, like gold & silver. This could mean an underperformance of gold & silver, relative to say bonds.

#2: Higher interest rates cause an economic recession, and a stock market crash, which causes panic, which gets people running for safe-heaven assets, like gold & silver.

Honestly, I think nobody knows what exactly will happen and how this will play out. If somebody tells you they do, they’re lying. If they guess correctly, in the end, they probably got lucky.

Both ways, higher interest rates, a disinflationary environment, and a tighter monetary policy won’t be great for the tech-heavy stock market either. A lot of these innovative ideas work only because money is “free”. A lot of the “investors” who have their money parked in the Tesla’s of this world, only do so because money is “free”, and real interest rates are negative. When real interest rates are as deeply negative as they are right now, you get rewarded for taking on higher risk and staying away from cash, which explains why tech stocks have done so well in the last couple of years.

Following David’s logic, that got me thinking that even if higher interest rates, and a tighter monetary policy are negative for gold & silver in the first few months of the recession, patient investors might get rewarded by the metals massively outperforming everything else, simply because of the starting point in valuations.

The tech-heavy NASDAQ is now extremely overvalued, whereas commodities have been sitting at historically undervalued levels for a while now.

Although you might be used to higher valuations in tech stocks, a comparable situation can be observed in the S&P, by looking at the commodities to S&P 500 ratio, below.

Not too long ago, I wrote about how Apple (although there are worse examples) is now valued a 2X the market capitalization of the top 50 biggest mining companies, combined.

I agree with David, and many of his points. Although I can’t say what will happen in 2022, mainly due to my lack of knowledge and experience (but also due to my lack of a crystal ball that tells me the future), nearly everything I look at is telling me that better days are coming for silver, and other commodities.

During my conversation with David Stein, we also discussed the near-term silver production company that he founded, Kuya Silver. You can read more about it, and/or watch the full interview at this link: Kuya Silver too Small to Matter? CEO David Stein Says “NO!”

This blog, my whole online existence, really, is the documentation of my learning journey, which I started in 2018 – so I’m very, very green. This is why I ask for pushback and criticism. Just like every human being, I like being told I did well and getting a pat on the back, but what did I get wrong in this article? This is what I really want to know. That’s the only way to improve. Letting me know helps a lot. Thank you. 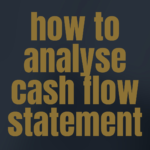 How to Analyse a Cash Flow Statement
Next Article Niger Uranium Mine Collapses, Two Killed
Leave a comment