FireFox Gold is a paying customer of ResourceTalks.com. They pay $12,000 per year to have this profile made and kept on this website. This profile is strictly informational and does not intend to influence anybody’s investment decision. Do your own research and do not rely on empty talking heads on the internet.

None of what you are about to read and/or hear is intended as financial advice nor trading recommendations. The nature of this interview is purely informational. This conversation is general and impersonal in nature. Read the full disclaimer (https://resourcetalks.com/disclosure/) before continuing.

On March 14, Carl Löfberg, Patrick Highsmith, and I sat down for a broad overview of FireFox Gold.

The principal business of FireFox Gold Corp. (“FireFox” or “the Company”) is the exploration and development of mineral properties in Finland. The Company owns or has options to purchase several exploration-stage properties in the country, further described in the following pages.

FireFox Gold has been conceived from the recognition that Finland has a strong mining law and a long tradition of mining, yet remains underexplored for Gold. The Company was tailor-built to bring together seasoned gold industry leadership and deep expertise in Finland exploration.

FireFox’s vision is to balance financial and technical strengths to create a company with the maximum competitive advantage to make significant new gold discoveries, and hopefully sell those gold discoveries to a larger company.

The technical operations are led by an in-country team with support from Magnus Minerals Ltd., a private Finnish mineral prospect generator. Together, the group has more than one hundred years of combined local geological expertise, plus a deep understanding of the social, environmental, and logistical needs of working in Finland.

Collectively, the FireFox team is accomplished in precious metals exploration & development, economics, capital markets, and the start-up and operation of public companies.

The Origin of the FireFox name.

“Our goal was to choose a name that would evoke images of Finland and honour our commitment to working here. One of the most common visual associations with Finland is the spectacular Aurora Borealis. There is a folk tale in Finland that the Arctic Fox created the aurora by running so quickly through the northern snow that his tail makes sparks, which rise into the heavens and are seen as the Aurora. The Finnish word for the northern lights is “revontuli” which translates to fox’s fire.” 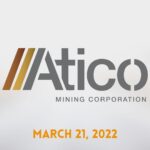