This week’s Resource Heads #22 is mostly focused on uranium, and uranium news.

I was joined by James Sykes of Baselode Energy (of which I personally own shares) to talk about their recent hit, and by Dr. Quinton Hennigh to talk about the “nugget” effect in commodities and how to deal with it as an investor.

Was there something wrong with what the guests said? Did I fail to ask an important question? Did I make a mistake in my reporting? Please tell me about it. Criticism and skepticism are highly welcome and help me learn. Thank you. 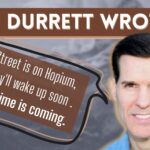 Why Does Gold Keep Crashing and When Does it Stop?
2 Comments